The application of holographic, AI and virtual technology in studio - Dr. George

Holographic projection technology is essentially a new type of 3D imaging technology, which uses the principle of interference recording and diffraction reproduction to restore the real 3D image of an object. With the continuous development of holographic projection technology, it has been widely used in many fields of various industries, bringing great changes to our life and making our world more wonderful.

Firstly, the interference principle is used for recording, splitting the light source into two parts, one beam of light irradiates the object to obtain reflected or scattered object light wave, and the other part of the light source is used as reference light wave to illuminate the recording medium. The two beams of light interfere and form a series of alternating light and dark stripes. After developing, fixing and other processing procedures, the recording stripe medium becomes a hologram. For digital holography, the recording medium is replaced by photoelectric sensors such as CCD and CMOS.

The recording procedure expression is as follows:

The setting object light and reference light are respectively

The interferometric hologram H(x, y) is shown as follows:

Reproduction process: another beam of reference light is used to illuminate the hologram, and the original object light wave information can be obtained.

In the above equation, the first term is a zero-order diffraction term, which occupies the main energy and is a interference term. The second term and the third term are twins of order +1 and order -1, respectively. The diffraction term of order +1 is an accurate representation of the light wave of the original object except for the constant factor. 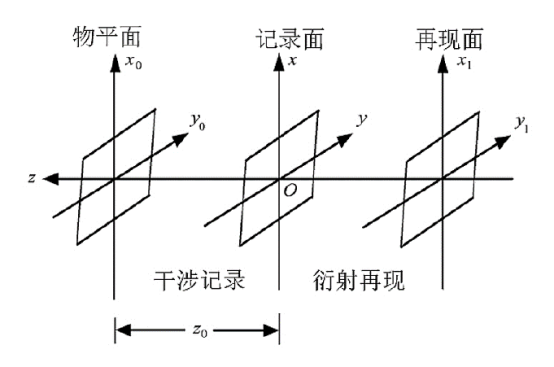 2. Comparison of advantages and disadvantages

Virtual Reality, or VR for short, is called Virtual Reality. Through computer simulation to generate a three-dimensional virtual world, including visual, auditory, tactile and other sensory simulation, so that users are immersive, interactive in the virtual world. In VR system, binocular stereo vision plays a big role. The different images seen by the user's two eyes are generated separately and displayed on different monitors.

MR, Mixed Reality, is a kind of combination of real scene and virtual scene in a very natural way. It can also be seen as a part of augmented Reality. However, it is difficult to distinguish which is real and which is virtual.

To put it simply, virtual reality (VR) is a completely fake world created by computers, while augmented reality (AR) is a real and fake world. Both virtual reality and augmented reality are based on the principle of binocular stereovision, so that the left eye and the right eye do not interfere with each other to see different images, and then the two in the brain to synthesize stereoscopic images. However, holographic projection is the recorded object light wave information, which can realize the reproduction of real three-dimensional information. Stereo images can also be seen through monocular, so it has a more immersive feeling compared with the former. Holographic projection technology does not need to wear any hardware to see the real object three-dimensional information. Holograms can be used in film projection. Today, holographic projection has become a very popular multimedia projection technology in the market. The influence of holography on traditional movies is very great. When viewers watch hologram movies, the first thing they experience is the sense of being on the scene. Holography is a glasses-free 3D projection technology, so if you watch a hologram movie in different locations, you will see nothing different from reality.

Holographic projection technology can observe 3d information more intuitively and has been widely used in biomedicine. 1987, Onural and Scott improved digital holography reconstruction algorithm, and applied to the particle measurement, gradual development, it can be used for the observation of sample (quantitative and qualitative analysis, is used to record the cell division, fusion and other dynamic process, including a prominent advantage of digital holographic microscopy is its dynamic characteristic.