Innovation is the key to success in today's global marketplace. Gain competitive advantage by effectively applying new technologies and processes to address current challenges in engineering design practice. Virtual reality (VR) applications aim to use computer technology to simulate real or virtual worlds. With the development of science and technology, virtual reality technology has been widely used in entertainment, animation, medical rehabilitation and industrial training. It can present additional information that cannot be obtained in the real world, making the learning environment in the virtual scene more rich and interesting. In the industrial manufacturing industry, in order to reduce costs, improve production efficiency and product quality, virtual reality technology has been gradually used in the industrial production training, especially in the high-tech industry, the role of virtual reality technology is incomparable to other technologies. Therefore, more and more scholars begin to pay attention to how to create a virtual scene with a strong sense of reality and high degree of experience, and carry out industrial training with the 3d reconstruction model with high fidelity.

Virtual reality assembly system is commonly used in industrial training, it is a set of teaching, training, assessment for the integration of mechanical parts assembly simulation system, including the design of the training module is most important, must carefully study parts of assembly sequence and assembly path planning, and validate assembly design and operation in reality is really practical, through the visual display assembly process, An external output device is used as an interactive tool to assemble the part model of the virtual scene according to the requirements. However, most traditional virtual assembly systems build virtual scenes through PC, and then use the mouse to grasp, drag, install and other interactive functions of industrial parts in the scene. Such a virtual assembly system cannot allow users to personally experience the feeling of real assembly, and the observation of the details of parts is not intuitive, and the assembly process of some small parts cannot be vividly reflected. From the perspective of the assembly staff, it is necessary to observe the assembly parts in all directions to ensure that the assembly process is safe, so the use of optical head-mounted display equipment is more advantageous. Since the principle of virtual assembly is to achieve the purpose of virtual experiment by completing the adjustment of the spatial position and attitude of each assembly part and continuously rotating and moving the parts, the positioning accuracy of interactive equipment is required to be very high. In consideration of the large number of parts in the assembly process and the possible dispersion of the layout, the HTC Vive with more accurate positioning and broader tracking range was selected as the interactive device to realize the assembly function in this study. The reasons for choosing HTC Vive are as follows:

1) AS a head-mounted display, HTC Vive is worn on the user's head, and the images mapped from the display will change with the movement of the head in real time, and the handle will also be captured by the base station of the locator and displayed in the display, as if the parts are being operated in real time. Users can also obtain the voice or text assembly guidance information of the corresponding parts in the virtual scene, without switching their eyes between the manual and the assembly scene, so as to focus on the assembly task.

2)HTC Vive's powerful Lighthouse positioning technology belongs to laser scanning positioning technology. It uses two laser sensors to identify the position tracking sensor on the helmet to obtain the image position and direction information. It has almost no delay, no fear of occlusion, and the positioning accuracy can reach mm level. As a result, THE HTC Vive gives users a very good sense of immersion and rarely produces vertigo effects when worn for a long time.

Since the assembly process is irreversible, discrete parts must be assembled into a whole step by step according to a certain assembly sequence. This principle is very similar to the principle of permutation and combination problem. Therefore, Petri nets can be used to solve the discrete event system for assembly sequence planning. This assembly mold is divided into upper mold and lower mold to establish the Petri net assembly process model. The components of the mold are shown in Table 1.

According to the assembly requirements of the mold, the assembly position of each part in three-dimensional space and the mutual constraint relationship between the parts were analyzed to establish the Petri net assembly sequence model, as shown in Figure 1. 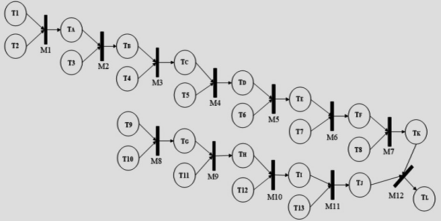 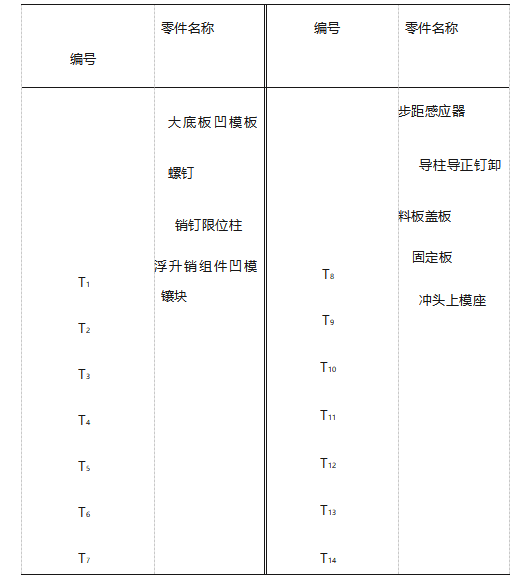 The association matrix can be obtained from the assembly sequence model, as shown in Table 2. 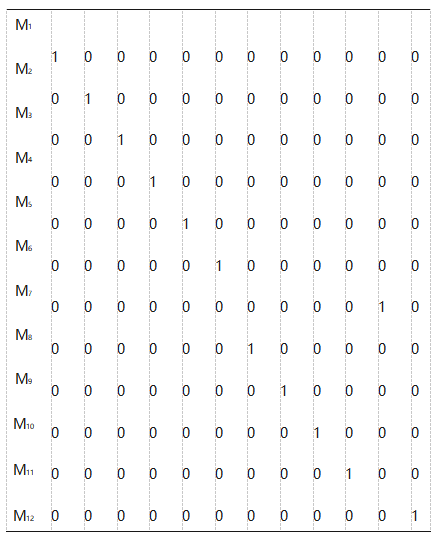 2.2 Collision Detection Based on directional Bounding Box Algorithm (OBB) In the process of virtual reality assembly, in order to reduce the collision of assembly parts and avoid and avoid the appearance of mutual penetration effect, it is necessary to carry out collision detection for these parts. Tree of OBB bounding box (direction) used in the hierarchical structure of the bounding box, to detect objects between the conflict, it is based on the model of covariance matrix to generate, collision detection process is mainly to judge whether the object of OBB tree overlap, if there is no overlap, explain objects collide with each other, did not occur in the event of overlapping, continued to test.

Combined with Petri net, this paper analyzes the mold assembly sequence, studies the possible collision in the assembly process of parts, and proposes an improved OBB tree algorithm based on pre-segmentation strategy, which eliminates the areas where it is impossible for parts to collide with each other, making the interaction between users and parts more appropriate. Combined with its technology, it uses Unity3d game engine as the development platform and HTC Vive as an external device to develop an interactive virtual reality assembly system, which has the characteristics of real-time and interactive 3D interactive simulation. Students can go into a virtual world and assemble one-for-one high-precision model parts in real time. The system has been used by a German company in the training of new employees and has received good reviews. It has been proved that the research on the new industrial virtual assembly interactive technology has opened up a new way for the industrial machinery assembly mode, and brought a new idea for the improvement of the traditional industrial assembly.